Dan Seigel is the President of the Law Offices of Daniel A. Seigel, P.A., a law firm specializing in fiduciary disputes involving estates, wills, trusts, and guardianships.

Dan places a premium on providing a “concierge” level of service, accessibility, responsiveness, and value for every client. Dan prides himself in not only serving as a legal advisor to clients but also a counselor in navigating the emotional elements presented in each case.

Prior to founding the Firm in 2012, Dan was an associate at two prominent South Florida law firms, gaining extensive experience from several preeminent trial attorneys.

Dan resides in Boca Raton with his beautiful wife Lindsay, is a proud father, and has always been a fitness enthusiast.

Since founding the Law Offices of Daniel A. Seigel, P.A., in February 2012, Dan has enjoyed numerous successes and victories, including: 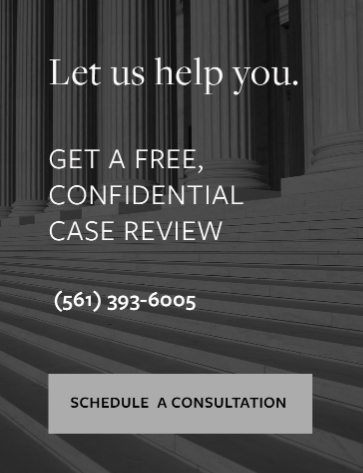 The information you obtain at this site is not, nor is it intended to be, legal advice.
You should consult an attorney for advice regarding your individual situation. Contacting us does not create an attorney-client relationship.
×
Call Now Button